Giacom has been working with Hull and East Yorkshire Children’s University to open the eyes of primary school children in the city to the rewarding careers in tech they could pursue when they are older. 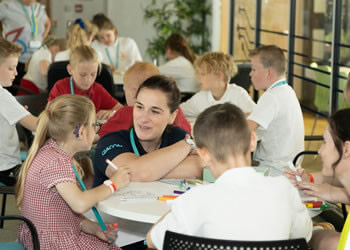 Hull and East Yorkshire Children’s University aims to build the confidence, self-esteem and aspirations of youngsters living in areas of high deprivation by providing them with a diverse range of experiences outside the classroom.

Giacom, an industry-leading provider of cloud services to IT companies, is a Gold sponsor of the charity.

Under the partnership, 90 children from Biggin Primary School, in Bransholme, visited Giacom’s offices at Priory Park, west Hull, over two days to learn about the business and the wide range of careers it offers.

The “Day in the Clouds” visits were organised by Giacom to inspire long-term ambitions and improve their future prospects by giving them an early insight into the world of work. 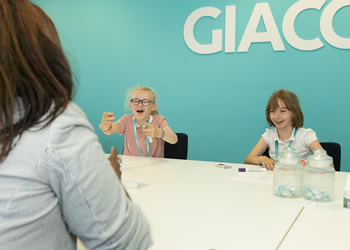 The children, who were accompanied by volunteers from the charity and staff from their school, spent time in Giacom’s different departments to find out more about what they do, and took part in engaging and fun activities.

These included learning about how to sell products with Giacom’s sales team and conducting mock job interviews with its HR department.

The children also learned about software development and took part in a challenge to design their own “Cloud Explorers” logo, which will be used at future events organised with Hull and East Yorkshire Children’s University.

She said: “We had a wonderful couple of days with the children. 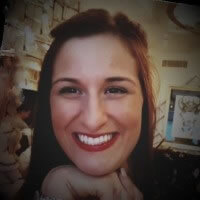 "It’s so important for all of us at Giacom to support our local community and give something back, which is why we’ve been delighted to work with Hull and East Yorkshire Children’s University to support and inspire young children in the city."

“It was such a pleasure to see so many happy, smiling faces and the children all got really stuck into the activities we put on for them.

“They asked lots of questions and were really interested in the company, what we do, and the potential future careers they could aspire to.

“I’d love to think we’ve planted a seed that could eventually lead to some of the children coming back in future years to work for Giacom.”

Giacom employs around 90 people, most of them from Hull, and is one of the region’s fastest-growing businesses. 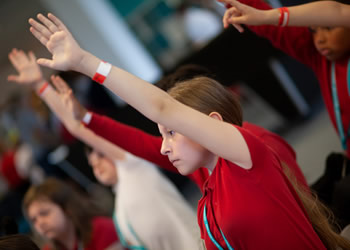 Staff gave the children a tour of the facilities and laid on a picnic lunch each day. The youngsters also enjoyed time in Giacom’s recreational area, which includes air hockey, a pool table, table tennis and a games console.

Sophie said: “We wanted to show the children that working at a company like ours is exciting and fun, and something they could look forward to themselves.

“They really enjoyed themselves, and so did we!”

Rose James, Director of Development at the charity, said: “The ‘Day in the Clouds’ events at Giacom were, for most of the children, their first ever experience of the world of work.

“They took part in activities which taught them about all of the different job roles in the business and allowed them to try new and exciting things.

“The Giacom team were incredible and it was clear how much thought had gone into making the days the best they could be for the children. 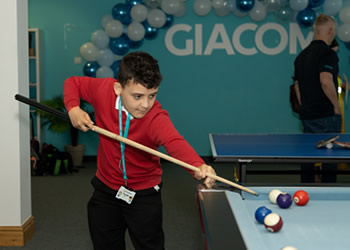 “Some of the children said that they can’t wait to work at Giacom when they grow up, which shows what a fantastic time they had.”

As part of Giacom’s commitment to supporting Hull and East Yorkshire Children’s University, staff will also accompany another group of children on a once-in-a-lifetime trip to London.

Giacom will take a class of up to 35 youngsters selected by the charity on a tour of some of the capital’s top landmarks, such as Buckingham Palace, the Houses of Parliament and Downing Street, on October 4.

Giacom is also using its position as a sponsor of Hull City to create memorable experiences for local youngsters and their families.

Giacom invited players aged 16 or under to send in a video of their best goal. Prizes up for grabs included Hull City match tickets and merchandise, with the overall winner Eden Innes, 10, and her team Hall Road Rangers U10 Girls being invited to train with Tigers left-back Brandon Fleming and goalkeeper Matt Ingram.

To find out more about Hull and East Yorkshire Children’s University, and how to support the charity, visit hullchildrensuniversity.com.